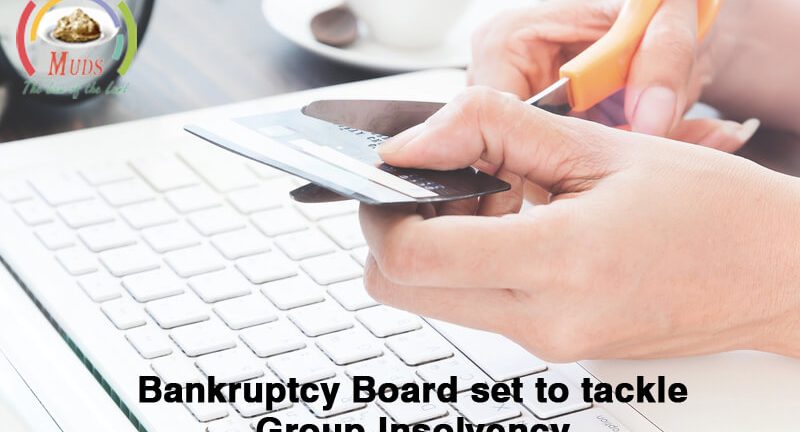 In its objective to usher ineffective economic reforms, the government passed the Insolvency and Bankruptcy Code, 2016 (IBC). This was hailed as a positive step by all stakeholders as it shifted the focus from ‘debtor in possession’ to the much needed ‘creditor in control’ when dealing with debts, defaults and financial failures of Corporates.

IBC 2016 is a comprehensive Act that has helped in doing away with all overlapping regulations that were put to practice previously, like Sick Industrial Companies, 1985 and the Companies Act, 2013, etc. The implementation of the IBC Code has established a robust market mechanism leading to timely and time-bound resolution of corporates in distress.

In its short journey of 3 years, IBC 2016 has turned out to be on the right track as it has churned out the recovery of Rs 70,000 crore in the current fiscal year, thus, leaving a remarkable impact on the corporate ecosystem.

There is no doubt that IBC 2016 has provided a well founded platform that has smoothened corporate insolvency but in recent years a dire need has arisen to create a holistic group insolvency framework.

Market data by Credit Suisse brings to light that a considerable percentage of Indian businesses are designed as closely connected group organizations, but operate as a single economic unit. While these companies mostly function as a legal independent entity yet their interdependence exists in matters like common proprietors, common directors, common controls and shared assets, inter-corporate loans etc.

“The interlinkages of these individual units largely work well for the group as a whole but the real problem arises when some of them become insolvent.” Kritika Chabbra (Market Analyst, MUDS Management Pvt. Ltd.)

Right now IBC 2016 lacks a consolidated mechanism to deal with insolvency of associate or subsidiary companies of a group as one. There have been many instances where many companies of the same group have committed a default and eventually, had to be consolidated into one proceeding by the Courts and Adjudicating authorities.

These are some companies which have given ample reason for the need of a holistic regulation as regards to insolvency of groups.

2. Edelweiss ARC v. Sachet Infrastructure: In this instance, the adjudicating authority has mandated that all the 5 companies, which were working as a consortium and promised to develop a residential plotted colony, shall be treated as one. The court has appointed a single Resolution Professional who will work on a common resolution plan for all the individual entities of this group.

Apart from these there are hundreds of groups of companies like Lanco, Amrapali, Jaypee, Infrastructure Leasing & Financial Services Limited, etc. which are facing group insolvency.

In order to overcome these flaws which caused immense practical problems, the Insolvency and Bankruptcy Board of India decided to take some concrete steps to streamline coordinated and synchronized group insolvency.

The first step in this direction by the Bankruptcy Board of India was to constitute a Working Group on Group Insolvency vide office order No. IBBI/CIRP/GI/2018-19/001 dated 17th January 2019.

This Working Group comprising of 11 eminent members working under the able guidance of the Chairmanship of former SEBI chief UK Sinha, submitted ‘Report of the Working Group on Group Insolvency’ on September 23, 2019.

“The Working Group has presented a blue-print of the group insolvency framework that has been based on extensive consultations with all stakeholders and domain experts.”- Isha Malik (Company Secretary, MUDS Management Pvt. Ltd.)

In the letter presented along with the submission of the Report presented by the Working Group, UK Sinha, the Chairman of the group stated, “The thrust of the framework is ‘facilitation’, ‘flexibility’ and ‘choice’. It envisages an enabling group insolvency framework, to be implemented in a phased manner. The first phase may facilitate procedural coordination of only companies in domestic groups. Cross-border group insolvency and substantive consolidation could be considered at a later stage, depending on the experience of implementing the earlier phases of the framework, and the felt need at the relevant time.”

The key recommendation of the Working Group touches on all important aspects of insolvency and liquidation of a corporate group.

1)  Identifying the Group: The Working Group has proposed identification of ‘Group’ based on three factors:

2) Scope of Grouping: WG has set down three rules that will guide the group insolvency mechanism.

(i) Procedural Coordination Mechanisms (PCM):  A set of rules that will work towards coordinating the ‘procedures’ of insolvency but at the same time keeping the assets of each group company separate.

(ii) Substantive Consolidation Mechanism (SCM):  This refers to consolidation of assets and liabilities of different group companies for the purpose of reorganization or distribution in liquidation, in case of being treated as a part of a single insolvency estate.

(iii) Rules dealing with perverse behavior of Companies: This lays down rules for corporate groups, enabling the creation of mechanisms to recapture assets subject to prejudicial transactions between group members, additionally impose liability on group companies for each other’s debts, etc.

The Working Group has recommended the implementation of PCM in the first phase.

3) Mechanism involving Grouping: Elaborating on the procedural coordination mechanisms, WG recommends that there should be flexibility in applying these mechanisms and should not be initiated in those cases where they don’t help maximise value of assets or lower costs of proceedings.

Further, it recommends that in the cases where it is implemented the Insolvency Professionals, CoCs and Adjudicating Authorities should cooperate, communicate and share information with each other, ensuring benefits like:

Thus, these steps need to be followed for Group insolvency:

The Framework Agreement should include:

5) Timeframe: The Working Group has recommended that the entire resolution process shall not exceed 420 days; this is inclusive of additional extension of period up to 90 days.

This move, undoubtedly, will channelize the intricacies of Group Insolvency and assist the Bankruptcy Board to tackle Group Insolvency effectively and efficiently. When the recommendations of the report submitted shall be adopted and implemented, it will ensure immense benefits for all stakeholders: saving time, money and efforts.

The Working Group has recommended the implementation of group insolvency in a phased manner; this will help in understanding and decoding the various aspects better. With time the gaps or flaws will be evident and then they can be worked upon to streamline the entire process. A cautious yet progressive approach, as suggested by the Working Group, will help the Bankruptcy Board in framing an effective regulation for Group Insolvency.

“The necessity of a synchronized and coordinated regulation for Group Insolvency has been felt essential at numerous times by different agencies, and thus, framing concrete rules for a smooth resolution is a very welcome move.”