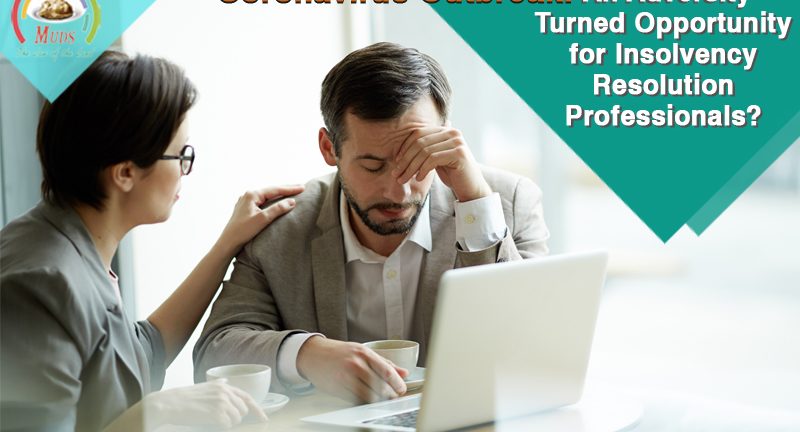 The past few days have been a nightmare for the world as COVID-19 has spread its tentacles in most of the Asian and European countries.

A pandemic that originated from Wuhan, China, is now more rampant in other parts of the world and the toll of fatalities has risen to alarming 7,513 worldwide.

With as many as 189,839 confirmed cases of Coronavirus, the real concern is that the number is multiplying by the hours. The towns, cities, and countries are forced to slow down and in grave situations, lockdown completely.

So where does all this leave the economy?

Completely shattered, as trillions of dollars have already been wiped away! All markets have tumbled as uncertainty looms large.

The first case of COVID-19 was confirmed on January 30 in India and since then the numbers have gradually gone up and the latest figures are 3 dead and 137 positive cases.

The media is full of pessimistic headlines about the health of our economy and its future; the reason for this is understandable. A country that was already undergoing economic stagnation and high inflation, this pandemic attack was the last thing needed.

Hardest hit are sectors like aviation, hospitality, poultry & seafood, export, travel, etc. as severe travel, assembly and activity curbs have been imposed by the government. As a chain reaction, a wider impact will be later on seen on the other sectors as most of the economic activity stalls.

The panic and scare combined with uncertainties of the future, due to the spread of this pandemic, it is difficult to assess the economic loss right now.

Novel Coronavirus devastates China’s economy and the ‘nightmare’ is not over! – CNN Business

China plays a pivotal role in the global economy but as the COVID-19 outbreak has paralyzed it, all economic activities have come to almost a standstill.  All markets will be left in the lurch as China may trigger a major supply and demand shock.

The aftermath of this carnage will leave India’s economy gasping for breath as we will face a negative effect on exports and production as well, as we are highly dependent on Chinese parts and components.

Taking note of the impact, Nomura, the Japanese financial firm, said in a recent note, “The rest of Asia will not be immune to the spillover effects from China, as it’s economically more deeply integrated with China today than during SARs 17 years ago.”

Road Ahead: A Gloomy Picture

With almost all sectors being adversely impacted by the COVID-19 outbreak, the government, the economists, the businesses- all are concerned about the future.

Recently to a query from Mint, about the government making an assessment of the impact the Covid-19 outbreak may have on the economy, the finance minister Nirmala Sitharaman said, “We are trying to make an assessment by talking to the industry including the services sector and sections of society. I don’t think we have arrived at (a conclusion) as yet.”

One of the officials who is well aware of the early estimates by the government about the economy in the future says, “There will be a hit of 0.3-0.5% on the GDP in the next fiscal year.” Another official added, “Growth in the first two quarters of the next fiscal could be as low as 4-4.5%.”

But the independent economists and businesses are rather skeptical of this number too and therefore, some independent experts have already called for fiscal and monetary stimuli from the government.

Madan Sabnavis, chief economist at CARE Ratings, while sharing his views on projected growth for FY21 in wake of the deadly outbreak, has to say this, “By first quarter in the next fiscal, we can definitely see a shaving off of at least half a percent of GDP, which could go up to 1% depending on how much it permeates through the economy.”

Sabnavis further points out that India will witness rise in non-performing assets (NPAs) additionally, a zero-revenue situation will undoubtedly impact the ability to service loans.

DK Pant, chief economist at India Ratings and Research says that in the current situation, “On top of the likely consumption slowdown, production is also going to be hit, (as) no one is going to pile up inventories”.

A Silver Lining For IRPs

“Every adversity contains within it the seeds of opportunity and growth.”

Difficult as the situation may seem, the ongoing challenge is going to open doors of new opportunities for Insolvency Resolution Professionals.

Taking a look at the economic situation one thing is for sure that as the crisis deepens, the companies will struggle to meet their commitments, leading to more and more defaults by them.

IBC is the most preferred tool for recovery of bad loans among small businesses because the trigger amount is just one lakh and anyone, whose full or part payment is stuck, can take the company to NCLT.

Thus, thousands of people who will be bogged down by non-payment for the work done or goods supplied or services rendered, will initiate an insolvency process under the Insolvency and Bankruptcy Code.

The trends, forecast and the future of Indian economy owing to this brutal carnage, caused by Novel Coronavirus, is certainly gloomy and in such a situation a lot of cases will flood the NCLTs in near future.

Insolvency and Bankruptcy Code (IBC) is a paradigm shift from other previous solutions because it has moved away from ‘debtor in charge’ to being ‘creditor centric’. The most striking feature of IBC is that it has been framed keeping in mind all creditors: big and small, financial and operational. Thus, the popularity of IBC lies in the empowerment of creditors.

Insolvency Resolution Professionals are people who play the key and most crucial role in all such insolvency cases, and the time has come when they should tighten their belts as they are about to witness busy months ahead.

The IRP is the Captain of the ship and the success or failure of the insolvency resolution depends on his/her understanding and commitment.