How Recovery of Lost Shares of ITC from IEPF Can Make an Investor Crorepati Overnight!

How Recovery of Lost Shares of ITC from IEPF Can Make an Investor Crorepati Overnight!

Do you think buying only 100 shares of a company can give you more than ₹ 1 crore in dividends? Yes, you read it right! ITC Limited has made it impossible for its long-term investors. If your father or grandpa had bought 100 shares of ITC during its IPO, then today, getting a refund of shares from IEPF for that investment would have made you a multimillionaire.

Curious to know about it? In this blog, we will discuss the progression of share prices of ITC over the years and how availing IEPF services for a refund of shares could lead to an investor making a fortune out of it.

Over a century of operation, the ITC’s journey has indeed been one of extraordinary transformation – from a small outpost of an overseas-owned company with a single product to one of India’s most admired and valuable multi-business enterprises. 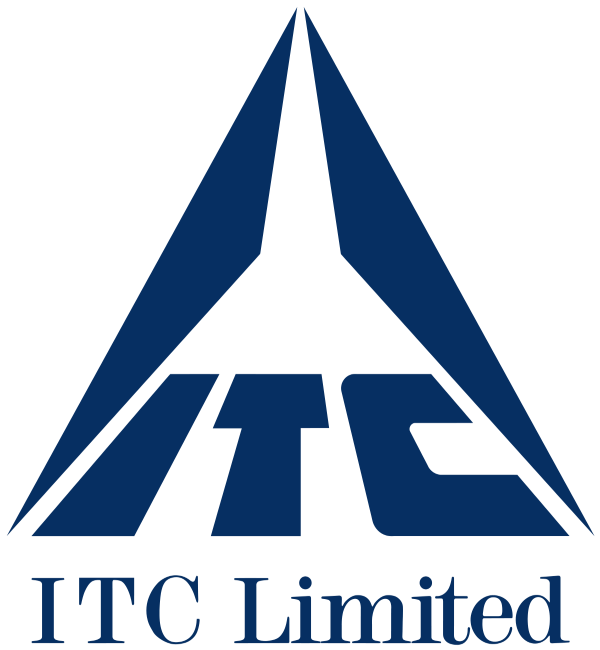 Only a handful of enterprises in the world have traversed a 100-year journey and managed to remain relevant and competitive.

The data indicates the growth of the company over the years and how it has translated into making huge profits for its investors.

Yearly bonus issues by ITC since its IPO:

Now if you calculate the valuation of ITC shares from 1995 only, then according to the data available on its website,

Now, let us understand how you can claim unclaimed dividends of long-lost investments made by your elders.

The Government of India introduced the IEPF services to address the ever-increasing problem of people forgetting their shareholdings in a company. The IEPF was launched to promote the protection of interest of investors and spread awareness among them. The unclaimed dividend and refund of lost shares transferred to this account are taken care of by the Government on behalf of the rightful shareholders. The dividends on the shares remain unclaimed for years because people tend to forget that they own the shares in the first place. There are multiple reasons why people forget about their ownership in a company:

There are many other reasons why an investor forgets about his/ her shareholding in a company. This is the reason why many companies have abundant shares with them with no sign of ownership.

Before the introduction of the IEPF, the companies were required to transfer the unclaimed dividends and unclaimed shares to the government funds. The Government could then use such funds for various public welfare schemes and various developmental works.  Since the problem of people forgetting their shareholdings in a company was increasing, the Government realized that it was causing huge losses for the investors. Therefore, the Government decided to set up the IEPF.  It is a one-stop solution that the government provides to the members of a company. Here, the members can approach the government and claim their dividends. Along with that, they can ask them to refund their long-forgotten shares. The IEPF was initiated while keeping in mind the interests of the shareholders. IEPF protected the investors’ funds while spreading awareness regarding the same.

The Government takes care of the unclaimed dividend and lost shares transferred to this account on behalf of the rightful shareholders. Thus, even after 7 years, investors can claim their dividends and shares from the fund manager by applying to the managing authority. People can claim their dividends and shares of different companies through one platform instead of going to each company individually, that is why IEPF is known as a one-stop solution.

The functioning of IEPF is governed by the Companies Act, 2013 read with the Investor Education and Protection Fund Authority (Accounting, Audit, Transfer and Refund) Rules, 2016. Once a company declares a dividend on the shares, the shareholders get 30 days to claim the said dividend. After 30 days, if the dividends remain unclaimed by the shareholders, then the company, according to the above-stated laws, is obliged to transfer such dividends to a special account. This special account is opened in the name of the company, known as ‘Unpaid Dividend Account’.

Transfer of Dividend: As MCA has issued Investor Education and Protection Fund Authority Rules, 2017. As per these rules, Any money transferred to the Unpaid Dividend Account of a company in pursuance of this section which remains unpaid or unclaimed for seven years (7 years and 37 days from the date of declaration of dividend) from the date of such transfer shall be transferred by the company along with interest accrued, if any, to Investor education and protection fund. MCA has amended The Investor Education and Protection Fund Authority (Accounting, Audit, Transfer and Refund) though Second Amendment Rules, Dated 14th August 2019 Effective from 20th September 2019.

Even all shares in respect of which dividend has not been paid or claimed for seven consecutive years or more shall be transferred by the company in the name of Investor Education and Protection Fund. In previous years, unclaimed shares transfer to IEPF has taken place for many forgotten investments. As a normal person, the main issue is how to get a refund of shares from the IEPF in their name. In this article, we will discuss “Process for a general person to claim their shares from IEPF to their names from Reliance Industries limited”.

Now, let’s understand how a common person can apply for a refund of shares from IEPF.

The Process of Refund of Lost Shares using IEPF Services:

Any person, whose unclaimed dividend, shares, matured debentures, matured deposits, application money, or interest thereon, redemption proceeds of preference shares, sale proceeds of fractional shares, etc. have been transferred to the IEPF, can raise claim and apply for a refund from IEPF. 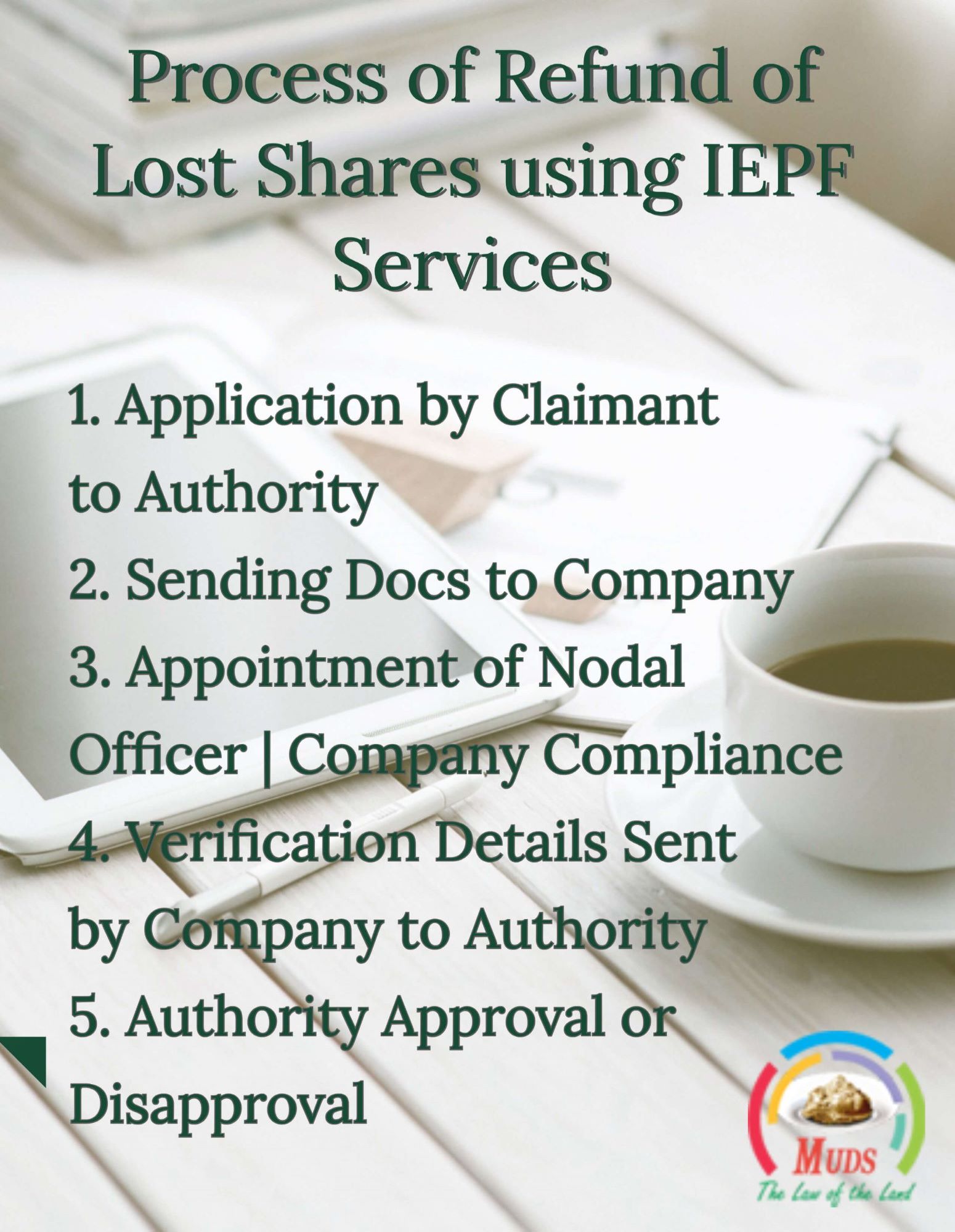 Step- I | Application by Claimant to Authority

The claimant must apply to MCA in e-form IEPF-5 by mentioning their details like:

After filing the refund of shares form online, investor should send all the documents with necessary attachments to the prescribed Nodal Officer for (IEPF services) of the company at its registered office initiating the verification process of the claim:

Every company that has transferred the shares to the IEPF must nominate a Nodal Officer to address the claims verification process. The officer must be a Director or Company Secretary or Chief Financial Officer of the company. The nodal officer will verify claims and coordinate with IEPF Authority. A company can appoint multiple nodal officers to handle the various claim applications.

The company’s nodal officer shall send a verification report to the Authority within 30 days of receipt of claim form, in the forma specified by the Authority along with all other documents submitted by the claimant.

After verification of the entitlement of the claimant-

The authority after verification of all the documents send by the nodal 0fficers will decide to approve to discard the claim. If the claim is approved, then the authority could issue an order to sanction the claimed amount to the mentioned bank account or Demat account of the claimant.

The authority is liable to process any application within 60 days of receiving from the nodal officer.

Why do You Need Legal Help?

As stated above, the application procedure to claim the refund of unclaimed dividends and lost shares is a difficult process. Your legal expert will take care of all the work and formalities required to file the refund application. It requires a certain degree of expertise to apply to the fund manager. Hiring a legal professional can help you to save yourself from this tedious task. If there are mistakes in an application, the IEPF authority straight away rejects it, and the claimant must repeat the whole procedure. Hiring a lawyer will ensure that there are no mistakes in your application so that the procedure goes on smoothly. From contacting the nodal officer to collecting the information for applying, the lawyer will take care of everything.

Hiring a lawyer will be extremely helpful if your shares are stuck in a family dispute. As mentioned, sometimes, the shareholder dies without any nominee, and he also forgets to put shares in his will. In such a case, all the family members of the deceased come to claim their right to the deceased’s property, i.e., ITC Shares. Not hiring a legal expert can cost you a fortune that you are entitled to. Why will people leave shares worth crores? If you are without a lawyer, then the other party will easily take your advantage and you will end up with nothing. A lawyer with the command of the law can protect you from all the loopholes which might go against you and thus, can provide you with the best deal possible.