On 26 May 2016, the Reserve Bank of India (RBI) came out with a notification on Non-Banking Financial Companies (NBFCs) which paved the way for making amendments in their corporate debt restructuring (CDR) norms. The amendments were made to the existing prudential norms for all the three classes of NBFCs, that is, NBFC-ND-Non SI, NBFC-ND-SI and NBFC-D .

“While the changes made were recognised as relevant, given the present state of affairs in our country, there is a need for further clarification at some places”/p>

For example, the framework presently provides for a time limit for implementation, which is definitely a very positive change. Previously, there were several restructuring packages which failed due to delay in the implementation of those restructuring packages. However, the framework is silent about the consequences of failure to implement on a timely basis.

Additionally, the provisions on the restructuring of accounts involving fraud also create ways for a positive change. This may turn out to be revival mechanism for units with merit, which would, otherwise, have been ignored from the restructuring framework.

What Changes have been made in the CDR Framework?

The framework includes three main changes, each of which has been discussed as below:

1. Provisions relating to special regulatory treatment for asset classification omitted from the framework

The CDR framework provides for a special regulatory treatment for the cases of restructuring for their timely implementation. According to the para 7 of the CDR framework, when a restructuring was implemented within 120 days from the date of approval of the package, or the date of receipt of application, as the case may be, the same was eligible for the benefits under the said paragraph, which allowed retention of asset class, that is,, standard asset could be retained as standard, and sub-standard/ doubtful could be retained in the same asset category.

However, this benefit was for only those cases of restructuring which took place before 31 March 2015, and stood unnecessarily after that. The RBI has omitted the said paragraph from the framework.

i. Time-limit for implementation –
All restructuring packages is required to be implemented in a time-bound manner. For CDR; joint lenders’ forum (JLF), consortium or multiple banking arrangements (MBA) need to do it within 90 days from the date of approval. For other cases, a 120- day time limit has been set from the date of receipt of application.

ii. Additional contribution by promoters –
Promoters need to bring in additional funds upfront; this should not be less than the higher of – 20% of NBFCs’ sacrifice or 2% of the restructured debt. It is not necessary that the additional funding needs to be only in the form of cash; even unsecured loans will do.

Previously, the CDR framework did not approve restructuring of cases regarding fraud or malfeasance. However, now the amendments provide for a curve out where cases relating to fraud/ malfeasance can be considered for restructuring, provided that the existing promoters are replaced by new promoters.

Additionally, where the promoters are changed asper the provisions of Prudential Norms on Change in Ownership of Borrowing Entities (Outside Strategic Debt Restructuring Scheme), the account shall be eligible for the asset classification benefits under the said Prudential Norms

“Make sure you choose the Right Partner” 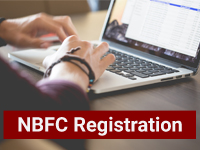 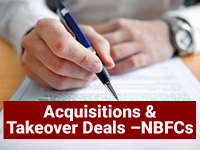 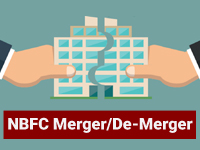