Recovery of Unclaimed Dividends of SBI from IEPF

Recovery of Unclaimed Dividends of SBI from IEPF

Shares of the SBI have always been a reliable deal for any Investor. The largest bank of India has been there since 8 years after the independence and has been a major fixture in the growth story of India as a developing country. The state-owned bank has been quite prolific in providing heavy dividends to its customers over the years.

In this blog, we will study about the recovery of old or dormant shares of the State Bank of India from IEPF. Now, for those who don’t know what IEPF is, we have also added a section explaining in brief about IEPF, its rules, and regulation. By the end of the blog, the reader will have a clear understanding of why it is considered profitable to recover unclaimed dividends of State Bank of India shares from IEPF.

History of the State Bank of India 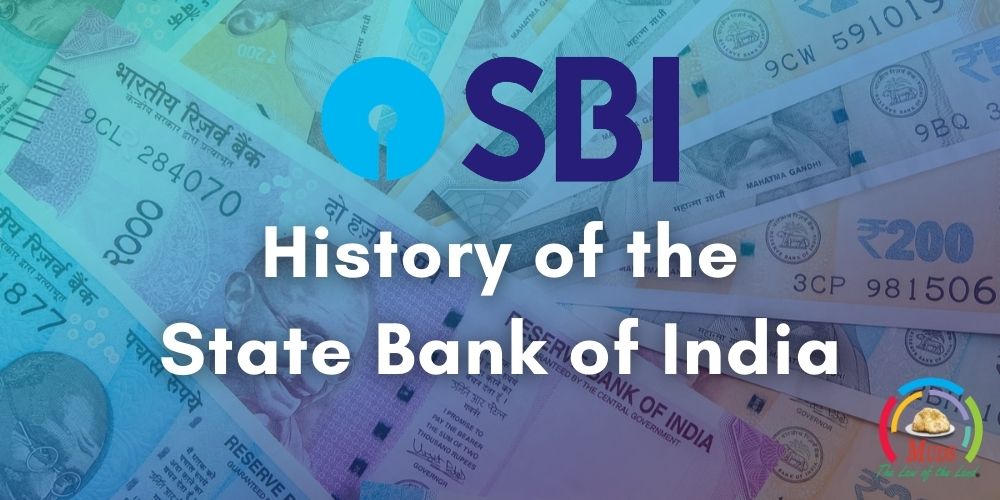 State Bank of India (SBI) is an India-based State-Owned banking and financial services firm. The term used for these entities is Public Sector Banks. SBI is not only India’s Largest PSB but also the largest bank followed by HDFC Bank Ltd. The various sectors SBI operates in include Corporate/Wholesale Banking, Treasury, Retail Banking and Other Financial/Banking Business. The Treasury segment comprises trading in foreign exchange contracts, investment portfolio, and derivative contracts. The Corporate/Wholesale Banking sector includes lending activities of big corporate accounts groups, stressed assets resolution groups, and commercial client’s groups. This sector also includes allocating loans based on the client’s history and transaction services to institutional or corporate clients. Retail Banking services encompass all the retail branches, primarily including Personal Banking activities like lending capital to corporate customers with a good background and history of working with the bank. Other Business segments of SBI include running day to day operations of all its Non-Banking subsidiaries or Joint Ventures other than SBI General Insurance Co. Ltd. and SBI Life Insurance Co. Ltd. of the group.  The bank has almost 22,100 branches across the country with 58,555 working ATMs.

The company has been a cash cow for the Government of India since its inception. Along with LIC, it has been the major financier for most of the Government’s projects and welfare schemes. The company has been a survivor of various economic slowdowns the country has faced and still emerged as the best PSB among all. The company’s success though is largely dedicated to its impeccable administration largely monitored by brilliant banking managers.

The slowdown created by the COVID-19 lockdown in 2020 was not able to hinder the growth of its shares as the company’s shares showed a growth of 10.63% in June, 7.28% in July, and 10.73% in August. With the exception of a drop in prices in September 2020, the company’s shares have managed steady growth in the past 5 months.

The company has been quite generous in giving its clients handsome dividends. This has also added to the reliability of the company in generating profits for its investors. The company shares used to trade at a lower price in the initial days also in the 90s when the slowdown of 1992 happened and India was just opening up its economy. During this period, many people have bought some shares at a lower price and thinking that it will not show growth, forgot about the investment. However, even that small investment would have grown big only if the investors claimed a dividend on it.

In the following sections, we will demonstrate by a hypothetical calculation how even a small amount invested in SBI shares in 1995 would have grown to manifolds by 2021. This calculation will thus show why recovering shares or dividends of SBI is a profitable venture.

With the above calculation, it is quite clear that the values of money invested in SBI two decades ago have multiplied exponentially as per today’s value. Therefore, if you or any of your elders have any dormant shares left from age-old investments in SBI, then it could prove to be really profitable for your business to recover them. However, recovery via traditional means of reaching the company with the physical share certificate might not be possible in today’s scenarios. Government has come up with fresh rules claiming dividends which are older than 7 years and one must understand about these new rules and regulations before applying for a claim.

In the coming sections, we have attached some data sheets and information related to dividends released by SBI in the last two decades and the unclaimed dividends. One can study the information in the sheets before moving on to understand the process of claiming a refund of shares from IEPF.

Data on Unclaimed Shares As Per Annual Report 2019-20

How Investor Education and Protection Fund Was Formed?

The IEPF or Investors Education and Protection Fund were established by the Central Government in 2016 to address the ever-increasing problem of dormant or unclaimed shares with dividends. The shares bought at a really small price or any small investment made in the share market by a small retail investor often tends to be overlooked due to small returns. However, years later once the returns grew significantly, these same people would come running to claim their dormant shares.

Earlier, there was no defined mechanism to address the situations mentioned above where people came years after buying shares to claim the dividends on them. Some companies used to transfer their unclaimed dividends to the welfare account of the government to be spent in public welfare schemes while others would just keep the dividends to themselves saying that they are expecting the investors to come back and lay the claim on the dividends.

The Nodal Officer of the company is liable under the IEPF rules to send the verification report along with other documents and claim application form to the IEPF authority within 15 days of receiving the claim file form the claimant. Any failure in meeting this compliance could invoke compliance-related charges against the company by the IEPF Authority. The companies are also needed to keep IEPF informed about any new changes in the company Nodal or deputy Nodal Officer’s position. They should also keep the contact information for the nodal officers updated on their website.

The Necessity of Legal Help to Claim SBI’s Dormant Shares?

So, in the previous sections, we explored what a small investment made in SBI shares in the 90s looks like in today’s value. We also looked at the data related to dividends released by the company and the unclaimed shares according to the annual report of the company. After understanding about the IEPF we must tell you why it is necessary to get a legal consultant by your side before you move on to the process of laying a claim on the dormant SBI shares. So before we tell you the importance of legal counsel let us first understand in brief the process of claiming shares from IEPF:

If you have unclaimed dividends of a company that are not older than 7 years, then they must be lying in the special unclaimed dividend account of SBI. You can search about the details of your shares and then simply contact the SBI’s appointed transfer agent and registrar with ownership proofs and relevant documents of the shares to claim the dividends on such shares. Below are the details of the appointed transfer agent of SBI.

If the funds are older than 7 years or way too old (bought by your father or your grandfather) then the process to claim such shares begins at filing the Claim form 5 on the IEPF’s website. After raising the claim the claimant needs to send the printout of the filled claim form with all the relevant documents including the share ownership documents to the designated transfer AGENT/ REGISTRAR of the SBI. The verifies all the documents and prepares a verification report accordingly. This report is sent to the IEPF authority along with all the other documents. The authority then verifies these documents and takes its final decision on sanctioning the claim.

Now, you might have noticed that the scrutiny for the forms/documents takes place at both stages i.e. by the Nodal officer/transfer agent and by the Fund manager of the IEPF. Any documents missing will be asked to furnish from the claimant. Any mistake in the form will be sent for rectification by the claimant. Also if there is any glitch in the ownership documents or proving heirship over the age-old shares then the application could be rejected altogether. Because of all these reasons, the process to claim the dividends/shares become tiresome and time consuming for a normal claimant. They won’t find time every day to furnish documents or meet in person to clear any doubt or mistake. Also proving ownership/heirship could prove to be tough if multiple heirs are claiming for ownership.

All of these issues could be easily avoided by hiring a legal consultancy firm to take care of the dividend claim from IEPF.  A consultancy firm will take over the job from you at a reasonable cost and will take care of all the hustle and liaising with the authority or Nodal officer related to any documents. Proving ownership for shares will also not be difficult legally with the help of expert consultants. So that is the answer to the big question: Why is it necessary to get a legal consultant firm by your side before applying to claim the money from IEPF?

So that brings us to the end of this article. We have seen in this article how SBI shares bought in 1998 could have fetched a return of almost 27500 %, that too without adding dividends for the years. If this figure is not enough to convince someone that claiming SBI shares from IEPF is a good deal then no one knows what else can convince them. The fact is SBI shares have always been profitable as it has been India’s most prolific bank for years. Apart from LIC and Indian Railways, SBI has been perhaps the most valued public sector undertaking of the Government of India.

The Finance minister in her speech on the occasion of the merger of 10 major PSBs in 2019 said that the Government of India is planning to have only four to five state-owned major banks with exceptionally high market capitalisation to work in the country. In that case, SBI will be the biggest bank even among those envisioned by the government. Therefore, the valuation of any holdings from any year in SBI is bound to grow manifolds.

Investors should consider the money spent in hiring a legal consultant to get the unclaimed dividends as a small investment to fetch a huge jackpot. This is obviously due to the case of the unprecedented growth in shares of SBI and the higher dividends provided by it which has never stopped. So even recovering a small amount from the past could prove out to be really profitable. With the current grim times of economic slowdown initiated by the COVID-19 Pandemic, any amount of monetary help could do wonders to any business. If you are a small business owner and an investor then recovery of SBI shares could prove to be especially useful for you as it might bring the necessary capital needed to give your business the much-needed push. And because the money would be your very own, you will avoid falling into any debt trap.